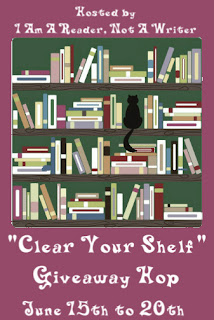 Wow, with just getting back from BEA, I almost forgot I'd signed up for this!  So, to get this done, I have two books I'm going to make available.  I will have two winners.  The first winner will get to choose which of the two books they want, and the other book will be for the second winner.  These are two books that were won from Goodreads.com, but either due to time, or interest, they just have still been sitting on the shelves.  They were donated to me by my friend Kim.  So, in order to clear off some of my shelves to put some of my haul from BEA, I'm offering them to two of my followers.  Here is the information on each one:

1.  An ARC of The Leftovers by Tom Perrotta, according to Goodreads.com: 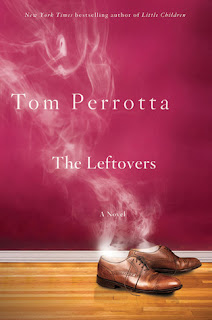 What if—whoosh, right now, with no explanation—a number of us simply vanished? Would some of us collapse? Would others of us go on, one foot in front of the other, as we did before the world turned upside down?

That’s what the bewildered citizens of Mapleton, who lost many of their neighbors, friends and lovers in the event known as the Sudden Departure, have to figure out. Because nothing has been the same since it happened—not marriages, not friendships, not even the relationships between parents and children.

Kevin Garvey, Mapleton’s new mayor, wants to speed up the healing process, to bring a sense of renewed hope and purpose to his traumatized community. Kevin’s own family has fallen apart in the wake of the disaster: his wife, Laurie, has left to join the Guilty Remnant, a homegrown cult whose members take a vow of silence; his son, Tom, is gone, too, dropping out of college to follow a sketchy prophet named Holy Wayne. Only Kevin’s teenaged daughter, Jill, remains, and she’s definitely not the sweet “A” student she used to be. Kevin wants to help her, but he’s distracted by his growing relationship with Nora Durst, a woman who lost her entire family on October 14th and is still reeling from the tragedy, even as she struggles to move beyond it and make a new start.


2.  Sara's Gift, Book One:  Comes the Crow by Carol Stucki, (YA), according to Goodreads.com: 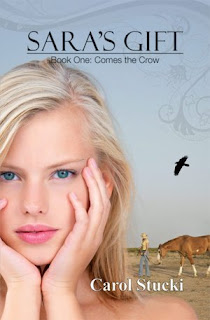 Sara Stillsen is fourteen and has a gift for healing animals, but no one knows. She was told she would come into more power in her fifteenth summer. It's becoming more difficult to keep her gift a secret in the small ranching community where she lives. Come follow Sara as she discovers the source of this gift, while trying to keep it hidden from her family and friends, and falls in love along the way. With her spirit guide, a wolf-hybrid named Foxy, and Cherokee mentor, "Uncle Buck," she will learn the source of this gift. The crow is sent to protect and teach her about her gift. Now, at fifteen she must face her biggest decision. Sara will need to choose to continue the path of becoming a healer or walk away and be an ordinary teenager.


Just fill out the Rafflecopter form below, and then check out the other blogs participating on the list below that for other great giveaways!

a Rafflecopter giveaway
Posted by Lisa Mandina at 12:00 PM