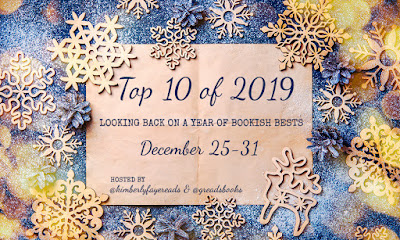 Top 10 of 2019 is hosted once again by Kimberly Faye Reads, and this year she has a co-host Ginger @greadsbooks.   Today's topic is best of the best, so you know it was hard.  Just 10?  I think that would be impossible for me. So, the only way I could come up with to do this so that I didn't end up with tons and tons of books was to do it monthly, and still divide it up by YA and my Romance titles.  And I'm not going to put any explanation.  Also, I might have picked a few so that I was picking just a standalone vs. a series, because whenever I pick one from a series, example - Winston Brothers, I end up just arguing with myself over which was best. So here we go!

Have you read any of these yet?  Did you like them if you did?


If you're interested in joining in to the Top 10 of 2019, you can go to the links at the top for the hosting blogs.  There's only one more day to do it! 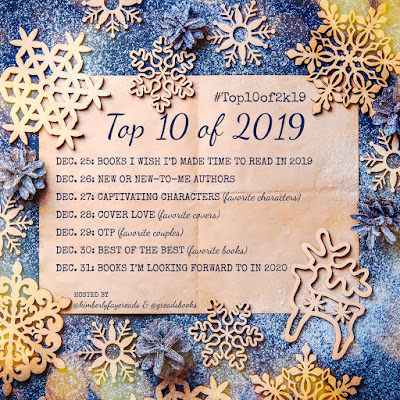 Also, while you're here, make sure you go enter into my weekly Cleaning Up My TBR Giveaway HERE.  It's open until this Friday until midnight!

Email ThisBlogThis!Share to TwitterShare to FacebookShare to Pinterest
Labels: Top 10 of 2019