Billy Winston’s family is going to see him happy and in love if it’s the last thing they do. 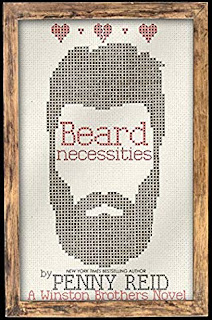 Source: E-galley from Social Butterfly PR which did not influence my opinion
My rating:  4 stars


Synopsis:
No one deserves a happily-ever-after quite as much as the second oldest Winston brother and his lady love, Claire McClure (aka Scarlet St. Claire). Cruelty and circumstance tore them apart almost twenty years ago. Secrecy and bitterness kept them separated.

But you know who's tired of their separation and stubbornness? Everyone. Especially Billy Winston’s family. And now they're going to do something about it.

Well-meaning interference means the star-crossed lovers can’t stop tripping over each other in the hills of Tuscany, the catacombs of Rome, and the waterways of Venice. Billy and Claire find themselves thrown together and at the mercy of the Winston siblings’ shenanigans.

But will their forced proximity bring them together? Or push them even further apart?

This second-chance romance brings back the entire Winston gang, playing cupid in one last story of love, hi-jinks, and family collusion.

BEARD NECESSITIES is a full-length contemporary romantic comedy, and can be read as a stand-alone, but it’s probably best read after books 0.5, 2, 3, 5, and 6 of the Winston Brothers series.

My Review:
Ever since I read Beard With Me, I've been on the edge of my seat anxious for how this next book, the final part of Billy and Scarlet's story, would go.  Overall I did really like seeing Billy and Scarlet finally get together.  I loved seeing all our favorite couples from the past books in this series so often and in so much of the story. Especially all the Cletus we got!  It was definitely good the way that each of them realized the issues the other had and called them out about it.  I like that once they'd gotten all the secrets out, or most of them, they then were pretty quick to finish sharing them, or not to make something into another of those secrets that characters always keep to "protect" the other one.  Definitely the book was a page-turner for me.

Now, my problems with the book.  The first part to this story, Beard With Me, was such a majorly emotional and epic story, that this one just seemed really simple and not as complex.  I didn't cry like I did with the first one, or with other books in the series.  I honestly got a little irritated with all the back and forth between the two as well. Although I was glad that Scarlet would not give up after the first give in between the two, even when Billy clammed up or seemed to push her away.  And even though we have known several things throughout the other characters' books in the series, I feel like I needed so much more of the time we missed between the first book and this book.  I need more time with Scarlet and Ben, to know how things really were.  I need to know more about Billy and Scarlet's rendezvous at the hotel.  I guess we don't need all that, it's not really the type of story we get from this author.  It's just like how I kind of think at times I'd like to have an origin story for Bethany and Darrell Winston, but then really, since he was who he was, that wouldn't be a good HEA kind of story.  So my rating isn't a 5, because it wasn't perfect.  Also something I mentioned on the Facebook group recently, I'd love to see a "bible" for the Green Valley series, and know all the characters we've met and who they're related to, etc.  Especially once we got all the couples' kids involved.  It reminded me so much of my dad's side of my family.  He was one of 5 siblings, and his oldest brother had 5 kids, and all their kids, and at parties for the longest time, I had trouble keeping straight which one belonged to which of my cousins.

It seems as if I had a lot of problems, but overall, as I said in the first paragraph above, it was a good ending.  Sexy scenes were just as good as ever, and all the characters were the characters I loved from their own stories earlier in the series.  I hate that this is the end of the Winston Brothers series, but am so happy for the whole SmartyPants Romance series that will give me glimpses into my favorite world of characters as well as the new Cletus and Jenn mystery series coming next year!  I also have a new idea, or a way to take a story idea I had last year and maybe change it to something that I could try to get into the world myself!

And I have to add this, every time I would think or read the name of this book, my brain immediately began singing the "Bare Necessities" song from the Jungle Book original movie.

Strolling to the desk, I set down the milk and cookies, crossed my arms and turned to face my brother. “You’re pointing out that Scarlet and I will see each other during various family functions.”

“And, therefore,” I continued reasonably, “I need to be nice to her.” I knew that already, and tonight—after watching her face crumple and feeling a part of my soul shrivel at the sight—I’d finally accepted it. I would be nice. I would be so damn nice. I’d be a saint.

But then Cletus said, “No, Billy. Not nice. Nice is for tea parties and doctor’s visits. You need to woo her.”

“That’s right. You need to woo the pants off her, hopefully literally, and then make that woman yours. Permanently. Once and for all. Put a ring on it. Woo is where it’s at. Jenn still has the centerpieces from our wedding if you’d like to borrow them.” During this enlightening monologue, he’d moseyed over and picked up the glass of milk and a cookie, dunked the cookie into the milk, and then took a bite just as he’d finished his listings of delusions.

“Why not? Those centerpieces are lovely. You don’t know your color scheme yet. Ask Scarlet before you decide.”

I ground my teeth. “Scarlet and I are never going to happen, Cletus.”

He shook his head firmly. “I’m disappointed in your lack of ambition, Billy. I thought we’d be on the same page. But I see now, I’m going to have to take a tough love approach.”

“I’m going to give you one chance,” he said, then pushed the rest of the cookie in his mouth and spoke around it as he continued, “One more chance is all you get. I’ve waited long enough for this and you know my feelings on delayed gratification.”

“It’s overrated.” He took a gulp of milk and picked up another cookie.

“I’m giving you one chance. One.” He pointed the cookie at me. “Tomorrow, you’re going to go find her, apologize to her for whatever that kerflufflefuck was I walked in on. Tell her you were suffering from temporary insanity, hopped up on illicit drugs, abducted by asshole probing aliens, whatever. I’m giving you one chance to make this right, and if you don’t take it, you are not going to like what happens next.”

Enter the giveaway for a signed paperback set of the entire Winston Brothers Series!
http://bit.ly/2Y4LKcN