The twisted and intriguing storytelling that you loved in Consequences and Infidelity continues with the epic conclusion of the all-new alpha anti-hero in the dark romance series Web of Sin, by New York Times bestselling author Aleatha Romig.

Learn the truth behind the secrets and lies.

Surrounded by secrets and lies, can promises be believed? 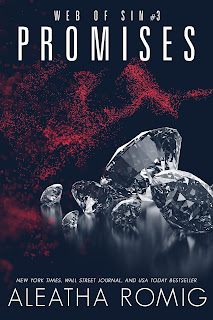