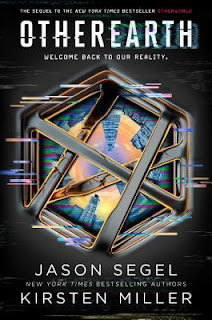 Synopsis:
Return to the series BuzzFeed compared to Ready Player One in the second book in a new fast-paced trilogy from New York Times bestselling authors Jason Segel and Kirsten Miller that's perfect for fans of HBO's Westworld.

Simon would have done anything to save his best friend after a mysterious accident almost killed her--including follow her into a virtual world. And what he and Kat discovered there was more terrifying than they could have ever imagined. Unwitting hospital patients are being forced to test a device that lets VR be experienced with all five senses. The technology is so advanced that it's deadly.

Now the world's biggest tech corporation is hunting Simon and Kat while war rages in Otherworld, the virtual world it created. Determined to destroy the Company, Simon and Kat must join forces with a hacker, a gangster, and a digital entity. But as they battle to save two worlds, they uncover an all-new threat to our world: the Company's latest creation, an augmented-reality game called OtherEarth. Not only does OtherEarth kill, it has the power to erase the line between what's real and what's fantasy.

"A potent commentary on how much we're willing to give up to the lure of technology."--EW.com

"A fantastic journey from start to finish." --Hypable.com

"Full of high stakes, thrillers, and fantastic twists and turns, fans of Ready Player One are sure to love this addictive read." --BuzzFeed

My Review:
I was definitely not disappointed at all in this sequel to the book OtherWorld.   In fact, I enjoyed it a bit more, giving it a 5 star rating instead of the 4 stars I gave to the first one.  There was so much action in this book.  All the bad guys we knew from the last one were still out there, searching for our heroes, and while some people had been rescued from the first book, others will still out there, waiting to be found.  We had some new allies in this one, both inside Otherworld, and outside in the real world.  Some of these allies were there only out of convenience for themselves, such as the Russian Alexei.  And then there were the Children inside the game, fighting for their lives against the guests in the games that had come in just to kill them.  They were not going to trust Simon or his friends easily.  They'd been betrayed before by others like them.  The world inside the game was slowly changing, almost decaying, as time seemed to speed up inside and more and more of the Children and the other NPCs in the game died or were killed.

I loved Elvis in this one.  He was a hoot.  But I never quite could trust Busara, and with how things ended, I'm not quite sure if I was right or wrong, mostly sure that I was right not to trust her.  There were so many twists and turns, and with Simon starting to see thing from the game outside in the real world, it was hard to know just what was real. The twist at the end made me doubt so many things I'd read and taken for granted as I read, just as Simon assumed as he raced along in his mission to save his friend and allies, and shut down the Company once and for all, before anyone else could be harmed, including the Children.

There was a major cliffhanger with this one, and I don't know how I'm going to wait until next fall to read on.  While I'm not so sure I'd want to go into this world as the game changed anymore, there were still things that would be very interesting to at least try.

Another great science fiction story for anyone who enjoys video games, virtual reality, and the like.  I could see this as a great movie series, or TV series even.  Who can get the word out to the SyFy Channel that they should check it out? 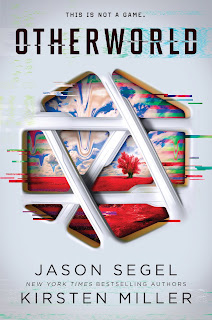 
The company says Otherworld is amazing—like nothing you’ve ever seen before. They say it’s addictive—that you’ll want to stay forever. They promise Otherworld will make all your dreams come true.

Simon thought Otherworld was a game. Turns out he knew nothing. Otherworld is the next phase of reality. It’s everything you’ve ever wanted.

And it’s about to change humanity forever.

Welcome to the Otherworld. No one could have seen it coming.

About the Authors:
About Jason: 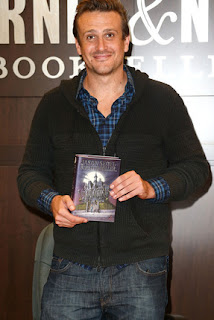 New York Times bestselling author Jason Segel used to have nightmares just like Charlie, and just like Charlie, he's learned that the things we're most afraid of are the things that can make us strong...if we're brave enough to face them. Jason likes acting, writing, making music, and hanging out with his friends. Sometimes he writes movies. Sometimes he writes songs for movies. Sometimes he stars in those movies and sings those songs. You might know him from The Muppets and Despicable Me. Your parents might know him from other stuff. Nightmares! is his first novel.
Twitter | Instagram | Goodreads 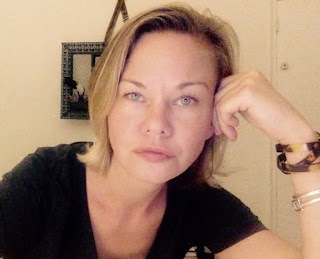 Some of my books are what librarians call middle grade. (Kiki Strike, Nightmares!)

Some should be kept away from small children and people with weak stomachs. (How to Lead a Life of Crime, The Eternal Ones, Otherworld)

I write some books with Jason Segel.

I've written quite a few books on my own.

My favorite food is cauliflower. (No joke.)

I will eat almost anything. And I'm weirdly proud of it.

I believe New York City is the most magical place on earth.

I cannot sing or play any musical instruments.

I once broke into a Mayan temple with my brother, Spike.

Spike is an alias. It's not his real name.

I also have a sister. She prefers to remain anonymous.

We have the same birthday.

I think that's all you need to know.