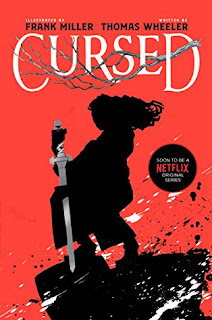 Netflix series or movie?  And it sounds pretty good!

The Lady of the Lake finds her voice in this cinematic twist on the tale of King Arthur created by Tom Wheeler and legendary artist, producer, and director Frank Miller (300, Batman: The Dark Night Returns, Sin City).

Whosoever wields the Sword of Power shall be the one true King.

But what if the Sword has chosen a Queen?

Nimue grew up an outcast. Her connection to dark magic made her something to be feared in her Druid village, and that made her desperate to leave…

That is, until her entire village is slaughtered by Red Paladins, and Nimue’s fate is forever altered. Charged by her dying mother to reunite an ancient sword with a legendary sorcerer, Nimue is now her people’s only hope. Her mission leaves little room for revenge, but the growing power within her can think of little else.

Nimue teams up with a charming mercenary named Arthur and refugee Fey Folk from across England. She wields a sword meant for the one true king, battling paladins and the armies of a corrupt king. She struggles to unite her people, avenge her family, and discover the truth about her destiny.

But perhaps the one thing that can change Destiny itself is found at the edge of a blade. 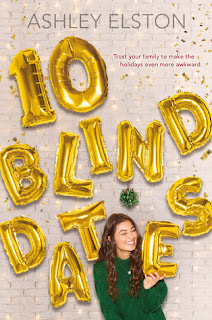 Love the cover, and it sounds cute!

Sophie wants one thing for Christmas-a little freedom from her overprotective parents. So when they decide to spend Christmas in South Louisiana with her very pregnant older sister, Sophie is looking forward to some much needed private (read: make-out) time with her long-term boyfriend, Griffin. Except it turns out that Griffin wants a little freedom from their relationship. Cue devastation.

Heartbroken, Sophie flees to her grandparents' house, where the rest of her boisterous extended family is gathered for the holiday. That's when her nonna devises a (not so) brilliant plan: Over the next ten days, Sophie will be set up on ten different blind dates by different family members. Like her sweet cousin Sara, who sets her up with a hot guy at an exclusive underground party. Or her crazy aunt Patrice, who signs Sophie up for a lead role in a living nativity. With a boy who barely reaches her shoulder. And a screaming baby.

When Griffin turns up unexpectedly and begs for a second chance, Sophie feels more confused than ever. Because maybe, just maybe, she's started to have feelings for someone else . . . Someone who is definitely not available.

This is going to be the worst Christmas break ever... or is it? 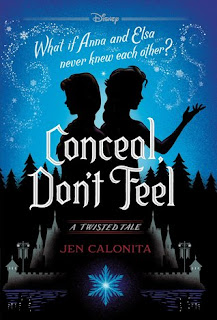 I really liked Frozen, but I haven't read any of the Twisted Tale series.  But this one sounds good!

What if Anna and Elsa never knew each other?
When a magical accident erases Anna and Elsa's memories not only of magic, but of each other the sisters are separated for protection. But when Elsa unexpectedly finds herself as a young queen mysterious magic begins to happen and questions of her past start to form. Will the sisters ever be reunited? 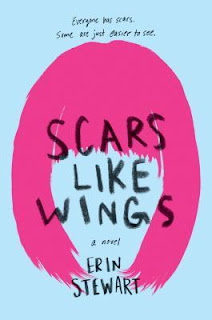 Relatable, heartbreaking, and real, this is a story of resilience--the perfect novel for readers of powerful contemporary fiction like Girl in Pieces and Every Last Word.

Before, I was a million things. Now I'm only one. The Burned Girl.

Ava Lee has lost everything there is to lose: Her parents. Her best friend. Her home. Even her face. She doesn't need a mirror to know what she looks like--she can see her reflection in the eyes of everyone around her.

A year after the fire that destroyed her world, her aunt and uncle have decided she should go back to high school. Be "normal" again. Whatever that is. Ava knows better. There is no normal for someone like her. And forget making friends--no one wants to be seen with the Burned Girl, now or ever.

But when Ava meets a fellow survivor named Piper, she begins to feel like maybe she doesn't have to face the nightmare alone. Sarcastic and blunt, Piper isn't afraid to push Ava out of her comfort zone. Piper introduces Ava to Asad, a boy who loves theater just as much as she does, and slowly, Ava tries to create a life again. Yet Piper is fighting her own battle, and soon Ava must decide if she's going to fade back into her scars . . . or let the people by her side help her fly.

"A heartfelt and unflinching look at the reality of being a burn survivor and at the scars we all carry. This book is for everyone, burned or not, who has ever searched for a light in the darkness." --Stephanie Nielson, New York Times bestselling author of Heaven Is Here and a burn survivor 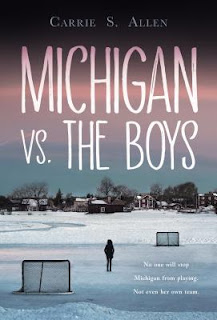 I got an ARC of this one, and am behind on reading, or else I would have probably reviewed it this past weekend.  Hope to get to it soon!

When a determined girl is confronted with the culture of toxic masculinity, it's time to even the score.

Michigan Manning lives for hockey, and this is her year to shine. That is, until she gets some crushing news: budget cuts will keep the girls' hockey team off the ice this year.

If she wants colleges to notice her, Michigan has to find a way to play. Luckily, there's still one team left in town ...

The boys' team isn't exactly welcoming, but Michigan's prepared to prove herself. She plays some of the best hockey of her life, in fact, all while putting up with changing in the broom closet, constant trash talk and "harmless" pranks that always seem to target her.

But once hazing crosses the line into assault, Michigan must weigh the consequences of speaking up - even if it means putting her future on the line. 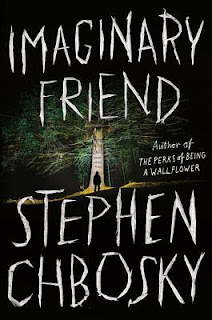 Sounds really good, and it's by the author of The Perks of Being a Wallflower.

Christopher is seven years old. Christopher is the new kid in town. Christopher has an imaginary friend. The epic work of literary horror from the #1 bestselling author of THE PERKS OF BEING A WALLFLOWER.

We can swallow our fear or let our fear swallow us.

Single mother Kate Reese is on the run. Determined to improve life for her and her son, Christopher, she flees an abusive relationship in the middle of the night with Christopher at her side. Together, they find themselves drawn to the tight-knit community of Mill Grove, Pennsylvania. It's as far off the beaten track as they can get. Just one highway in, one highway out.

At first, it seems like the perfect place to finally settle down. Then Christopher vanishes. For six awful days, no one can find him. Until Christopher emerges from the woods at the edge of town, unharmed but not unchanged. He returns with a voice in his head only he can hear, with a mission only he can complete: Build a tree house in the woods by Christmas, or his mother and everyone in the town will never be the same again.

Soon Kate and Christopher find themselves in the fight of their lives, caught in the middle of a war playing out between good and evil, with their small town as the battleground. 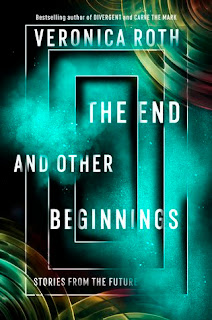 The stories sound like they could be interesting, plus, the Divergent series was good, until the ending.

No world is like the other. Within this masterful collection, each setting is more strange and wonderful than the last, brimming with new technologies and beings. And yet, for all the advances in these futuristic lands, the people still must confront deeply human problems.

In these six stories, Veronica Roth reaches into the unknown and draws forth something startlingly familiar and profoundly beautiful.

With tales of friendship and revenge, plus two new stories from the Carve the Mark universe, this collection has something for new and old fans alike. Each story begins with a hope for a better end, but always end with a better understanding of the beginning.

With beautifully intricate black-and-white interior illustrations and a uniquely designed package, this is the perfect gift for book lovers. 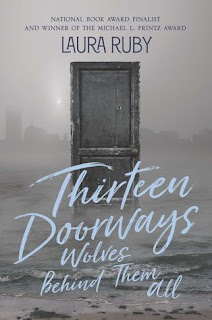 From the author of Printz Medal winner Bone Gap comes the unforgettable story of two young women—one living, one dead—dealing with loss, desire, and the fragility of the American dream during WWII.

When Frankie’s mother died and her father left her and her siblings at an orphanage in Chicago, it was supposed to be only temporary—just long enough for him to get back on his feet and be able to provide for them once again. That’s why Frankie's not prepared for the day that he arrives for his weekend visit with a new woman on his arm and out-of-state train tickets in his pocket.

Now Frankie and her sister, Toni, are abandoned alongside so many other orphans—two young, unwanted women doing everything they can to survive.

And as the embers of the Great Depression are kindled into the fires of World War II, and the shadows of injustice, poverty, and death walk the streets in broad daylight, it will be up to Frankie to find something worth holding on to in the ruins of this shattered America—every minute of every day spent wondering if the life she's able to carve out will be enough.

I will admit I do not know the answer. But I will be watching, waiting to find out.

That’s what ghosts do.


Final Thoughts:
Only have one of these as an ARC to read, and a bit behind as I mentioned.  Have you read any of these yet?  Are they on your TBR?  And hey, while you're here, you should go try to win some of my ARCs from Cleaning Up My TBR Post HERE. The US only giveaway is open till Friday at midnight, there are even some 2019 ARCs that can be one of your two choices.