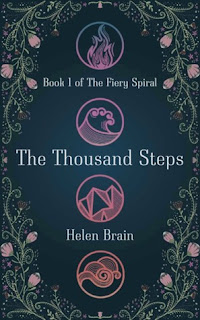 Now this one was actually published a few years ago I think, but is getting a wide-release or bigger release, actually on the 6th, not the 10th.

Ebba has never even seen the sun but now must reunite four sacred amulets to save the earth from destruction.

On the brink of execution, 16 year old Ebba den Eeden is unexpectedly elevated from the bunker deep in Africa's Table Mountain where she has lived all her life, believing--as do all the other teenagers who toil daily to make their food and power the bunker--that the world "Above" is uninhabitable due to a nuclear holocaust. Instead, she is heiress to a massive fortune—one that everyone wants to control. While dealing with the machinations of the High Priest, his handsome son Hal, and the rules and regulations of a society and religion she doesn't understand, she must also try and save her three friends, still stuck in the bunker and facing execution any day. 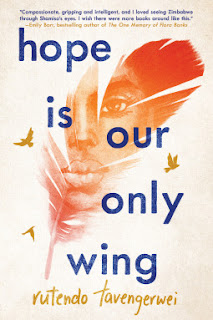 Now this is another book that was actually already published, this one in 2018, but guess it's maybe getting a pick up?

At a time of national upheaval in Zimbabwe, an unlikely friendship illuminates the power of hope and the possibility to heal--in the face of tragedies beyond any teen's control.

For fifteen-year-old Shamiso, struggling with grief and bewilderment following her father's death, hope is nothing but a leap into darkness.

For Tanyaradzwa, whose life has been turned upside down by a cancer diagnosis, hope is the only reason to keep fighting.

As the two of them form an unlikely friendship, Shamiso begins to confront her terrible fear of loss. In getting close to another person, particularly someone who's ill, isn't she just opening herself up to more pain? And underpinning it all - what did happen to her father, the night of that strange and implausible car crash?

Rutendo Tavengerwei's extraordinary debut takes an honest look at hope, and the grit and courage it can take to hang on to it. 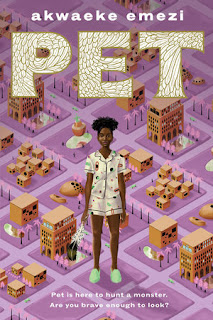 Not the hugest fan of the cover, but the story sounds unique enough.

Pet is here to hunt a monster.
Are you brave enough to look?

There are no more monsters anymore, or so the children in the city of Lucille are taught. With doting parents and a best friend named Redemption, Jam has grown up with this lesson all her life. But when she meets Pet, a creature made of horns and colours and claws, who emerges from one of her mother's paintings and a drop of Jam's blood, she must reconsider what she's been told. Pet has come to hunt a monster, and the shadow of something grim lurks in Redemption's house. Jam must fight not only to protect her best friend, but also to uncover the truth, and the answer to the question-How do you save the world from monsters if no one will admit they exist?

In their riveting and timely young adult debut, acclaimed novelist Akwaeke Emezi asks difficult questions about what choices a young person can make when the adults around them are in denial. 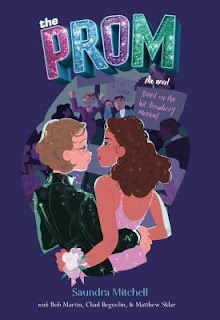 I want to see the musical this is based on, but until I can get the opportunity, the book might be good as well!

Seventeen-year-old Emma Nolan wants only one thing before she graduates: to dance with her girlfriend at the senior prom. But in her small town of Edgewater, Indiana, that's like asking for the moon.

Alyssa Greene is her high school's "it" girl: popular, head of the student council, and daughter of the PTA president. She also has a secret. She's been dating Emma for the last year and a half.

When word gets out that Emma plans to bring a girl as her date, it stirs a community-wide uproar that spirals out of control. Now, the PTA, led by Alyssa's mother, is threatening to cancel the prom altogether.

Enter Barry Glickman and Dee Dee Allen, two Broadway has-beens who see Emma's story as the perfect opportunity to restore their place in the limelight. But when they arrive in Indiana to fight on Emma's behalf, their good intentions go quickly south.

Between Emma facing the fray head-on, Alyssa wavering about coming out, and Barry and Dee Dee basking in all the attention, it's the perfect prom storm. Only when this unlikely group comes together do they realize that love is always worth fighting for. 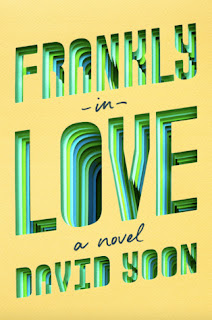 Sounds like a good #ownvoices story. And what a great cover!

High school senior Frank Li is a Limbo–his term for Korean-American kids who find themselves caught between their parents’ traditional expectations and their own Southern California upbringing. His parents have one rule when it comes to romance–“Date Korean”–which proves complicated when Frank falls for Brit Means, who is smart, beautiful–and white. Fellow Limbo Joy Song is in a similar predicament, and so they make a pact: they’ll pretend to date each other in order to gain their freedom. Frank thinks it’s the perfect plan, but in the end, Frank and Joy’s fake-dating maneuver leaves him wondering if he ever really understood love–or himself–at all. 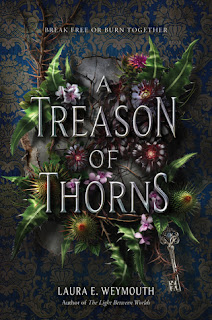 That cover, right?  It sounds like a good new fantasy, and I always love when there can be some history in a fantasy!

Dark, gripping, and utterly unique, this atmospheric historical fantasy from critically acclaimed author Laura E. Weymouth is perfect for fans of The Hazel Wood and Caraval.

Violet Sterling has spent the last seven years in exile, longing to return to Burleigh House. One of the six great houses of England, Burleigh’s magic kept both the countryside and Violet happy.

That is, until her father’s treason destroyed everything.

Now she’s been given a chance to return home. But Burleigh isn’t what she remembered. Wild with grief, Burleigh’s very soul is crying out in pain. As its tormented magic ravages the countryside, Vi must decide how far she’s willing to go to save her house—before her house destroys everything she’s ever known.

A house left unchecked will lead to ruin.

But I will not let it ruin me. 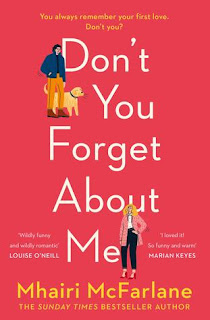 Now I think this is another one that came out last year, but it sounds good, and is being rereleased.  And of course the title gets me singing that song that makes me of course think of the movie The Breakfast Club.

Sometimes you have to hit rock bottom to rise again…

If there’s one thing worse than being fired from the grottiest restaurant in town, it’s coming home early to find your boyfriend in bed with someone else.

Reeling from the indignity of a double dumping on the same day, Georgina snatches at the next job that she’s offered – barmaid in a newly opened pub, which just so happens to run by the boy she fell in love with at school: Lucas McCarthy. And whereas Georgina (voted Most Likely to Succeed in her school yearbook) has done nothing but dead-end jobs in the last twelve years, Lucas has not only grown into a broodingly handsome man, but also has turned into an actual grown-up with a business and a dog along the way.

Meeting Lucas again not only throws Georgina’s rackety present into sharp relief, but also brings a dark secret from her past bubbling to the surface. Only she knows the truth about what happened on the last day of school, and why she’s allowed it to chase her all these years… 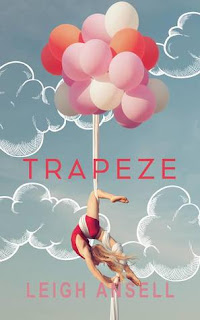 If you know me, you know I love a good circus type of story.  And when I was a little girl and used to go to the circus with my family, I always wanted to be a trapeze artist.

How do you trust the ground when all you’ve known is flight?

In this breathtaking debut, Leigh Ansell has created a compelling, heartbreaking, and truly engaging story about a young girl used to flying high only to be faced with living life with her two feet firmly on the ground . . .

Seventeen-year-old Corey Ryder can’t remember a time when she wasn’t gliding through the air of Cirque Mystique’s big top. As a trapeze artist in a traveling circus, Corey wakes up every day in a different place, buzzing for the moment she can suspend gravity during the night’s performance.

When the circus pulls into small-town Sherwood, California, everything seems normal—aside from meeting the exceptionally cute Luke Everett at a local diner. But that night, in the midst of the performance, tragedy strikes and flames overtake the tent. While Corey narrowly escapes, in the ashes of the circus pitch lies the only home she’s ever known.

Repeatedly thrown out of her comfort zone, Corey must learn how to push toward her future without forgetting her past, what it means to be a daughter to a mother she’s never known, and how to navigate the confusing magic of first love, even as she performs the high-wire act of being true to who you really are.

Final Thoughts:
Not as many as the first week of September, but still a lot!  Have you read any of these yet?  Are they on your TBR?  And hey, while you're here, you should go try to win some of my ARCs from Cleaning Up My TBR Post HERE. The US only giveaway is open till Friday at midnight, there are even some 2019 ARCs that can be one of your two choices.

AND!  You can help me celebrate my 10th blogoversary too!  Yep, you read that right, Lisa Loves Literature has been alive and kicking for 10 years now!  Go HERE and enter for more prizes!
Posted by Lisa Mandina at 6:30 AM