Still behind!  And I think I've only actually done two reviews so far this month, and my goal is two a week.  So yeah, really behind!  Since I got these two books read basically one right after the other, I am going to go ahead and post their reviews together.  Also, these are the first YA book reviews for the month.

Rebel With a Cupcake by Anna Mainwaring: 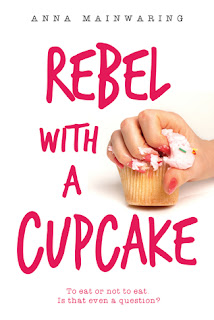 Unfortunately, for the most part, I was somewhat disappointed with this one.  I mean usually I really like books where the main character has weight issues to deal with.  While there were parts where her feelings and thoughts were identical to the ones I've had at times, there were other parts that I just didn't really care for.  I had a lot of trouble getting into it at first.  It is a British character, so there was some slang in it that I didn't get at first.  I think my middle America students might have issues with that.  And even though I know it was told in first person, and she was a teenager, all the times they had the word "cos" instead of because was annoying, distracting for me as I read.  But that could be because I'm an adult.  Maybe a teenager would be more accepting of it.  Finally, about three-fourths of the way through I finally was feeling for the character.  When she had misread signs that a guy liked her.  I've been there, done that.  Unfortunately for me in real life, there was never that other guy there that liked me that I just hadn't given a chance before.  I did read some of the other reviews that were negative on this, and I have to agree a little on what they said. First off, I don't necessarily get that she was really that overweight.   To be able to just stop eating a lot for a week or two in order to fit into what sounded like a pretty small dress?  Just not sure that she was really that big from the way it sounded.  And it was obvious her older sister had a bit of an eating disorder or problem as well, but it was kind of played off as if that was okay because she was skinny and pretty.  So I'd have to say those kind of things, and the fact that I had trouble really connecting with the main character kept me from liking this one that much.   I would have dropped it to 2.5 stars, except the ending did get me pulled in, and pulled my rating up to 3 stars.

Here is the blurb from Goodreads:
Jesobel Jones is bold and brash, the daughter of a hand model and a washed-up rock star. Jess sees no need to apologize for her rambling house, her imperfect family, her single status ... or her weight. Jess is who she is. She makes her own cupcakes and she eats them, too. No regrets.

That is, until Own Clothes Day rolls around at school. Jess and her friends dedicate the requisite hours of planning to their outfits, their hair and their makeup for the one day they are free from school uniforms. But a wardrobe malfunction leaves Jess with a pair of leggings split open at the worst spot, and a mean girl calling her the one thing that's never bothered her before: fat.

The encounter shakes Jess's formerly iron-clad confidence, and she starts to wonder if she's been just a little too comfortable in her own skin. When the boy of her dreams invites her to a party, she must decide whether to try to fit in for the first time in her life, or remain true to herself --- whoever that really is.

Debut author Anna Mainwaring is a teacher by day, and her understanding of teenage life shines through on every page. This book is laugh-out-loud funny, and captures teen girl life with all its ironies and contradictions. 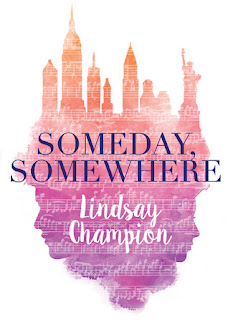 This was one that I wasn't sure if I wanted to pick up.  The publisher sent it to me without me requesting it, so often I won't read it if it doesn't sound good. But I did pick it up and get sucked into it pretty quickly.  However, it didn't hold up all the way through to impress me as much as I'd thought it would based on the beginning.  I will say that it was a very unique story, even with all the obvious things you have in stories that frustrate me, even while I know they are used in stories to add the drama.  I think this definitely had some surprises in it with what happened with Ben. Things that we weren't really given a clear view of even when we got chapters from his point of view.  Definitely the way it ended was a bit of a surprise, but in what I think is a good way for characters of this age to get a story.  I won't say what happened, because it is worth a read for you if it sounds good to you, and I would want you to discover it naturally as the author intended as reading.

Here is the blurb from Goodreads:
Dominique is a high school junior from a gritty neighborhood in Trenton, where she and her mom are barely getting by. Ben is a musical prodigy from the Upper East Side, a violinist at a top conservatory with obsessive talent and a brilliant future.When Dom's class is taken to hear a concert at Carnegie Hall, she expects to be bored out of her mind. But then she sees the boy in the front row playing violin like his life depends on it --- and she is transfixed. Posing as an NYU student, Dom sneaks back to New York City to track down Ben Tristan, a magnetic genius who whisks her into a fantasy world of jazz clubs and opera, infatuation and possibility. Each sees something in the other that promises to complete them.As Dom's web of lies grows, though, so does Ben's obsessive need to conquer Beethoven's famous Kreutzer Sonata. But Ben's genius, which captivates Dominique, conceals a secret, and the challenges of her life may make it difficult to help him.Alternating perspectives and an unreliable narrator create suspense and momentum, romance and heartbreak. Author Lindsay Champion's deep roots in theater and music are evident on every page --- structured like a sonata with hints of West Side Story, her debut novel hits all the right notes.
Posted by Lisa Mandina at 7:00 AM