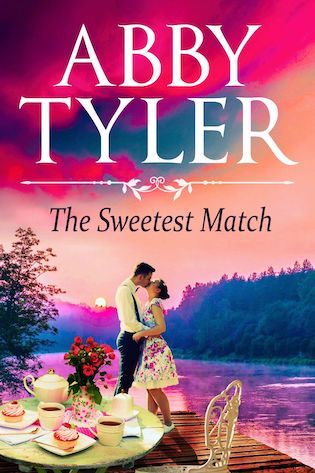 She hid secret messages in frosting, thinking no one would notice.
Abby Tyler welcomes you to the witty, well-meaning busybodies of Applebottom, Missouri, where the community takes its pies — and its matchmaking — very seriously.
Sandy Miller became an outcast at fifteen years old. Pregnant, confused, and blackmailed into silence, she spent eighteen years raising her son away from the disapproving stares of her hometown.
But Caden has left for college, and Sandy needs a job. When Applebottom’s tea shop owner sees Sandy’s decorating sketches, she hires her instantly in hopes of putting her little bakery on the map.
And then the town starts spotting secret words of love and longing on her cakes.
Andrew McCallister is the first to admit that he never got over Sandy Miller. In high school, another boy swooped in and snatched her right up. Everything that happened afterward filled him with regret. The town’s censure. His failure to check on her. Her struggle.
But now she’s back.
When the town summons the pair to a meeting to plan the school’s centennial bash, Andrew and Sandy discover they are the only two members of the committee. As they attempt to rekindle the long-lost flame, they realize the community must come together for more than an anniversary party. For their new relationship to flourish, the old guard must learn to support their most vulnerable members even when times get hard.
Abby Tyler is the new small-town romance pen name of USA Today bestselling author Deanna Roy / JJ Knight.

My Review:
This was a very sweet romance.  I was drawn to it since I am a native Missourian, of course I'm from the opposite side of the state from where this is supposed to take place, both far north and west.  However it was fun to read about Branson, a favorite vacation spot of mine, and other totally Missouri things.  One thing I was a little disappointed in was that the secret words Sandy was writing on the cakes really didn't seem to be anything anyone else really saw.  At least not other than one time when the owner of the store she worked at acted like maybe she saw it.  I'd hoped for more with that.  I also found it a little strange that the town kind of had shunned her when she got pregnant, but that now they seemed to be okay with her?  I like that the town seemed to be better than it had been, but I'd have loved more maybe about them  not really being as against her as she'd assumed.  The meeting with the father of her son was definitely a good part of the story, added drama, but also in a good way, I liked how the son reacted and dealt with it.

A sweet story, a little different from my normal, but still a good read. 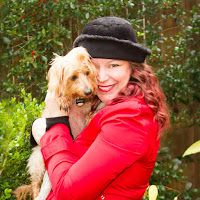 Abby Tyler loves puppy dogs, pie, and small towns (she grew up in one!) Her Applebottom Matchmaker Society books combine the sweet and wholesome style of romance she loves with the funny, sometimes a-little-too-truthful characters she remembers from growing up in a place where everyone knew everybody’s business.