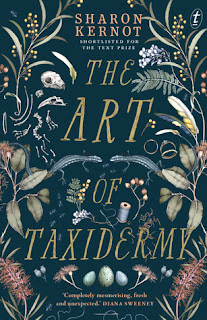 Lottie collects dead creatures and lovingly cares for them, hoping to preserve them, to save them from disintegration. Her father understands—Lottie has a scientific mind, he thinks. Her aunt wants it to stop, and she goes to cruel lengths to make sure it does.

And her mother? Lottie’s mother died long ago. And Lottie is searching for a way to be close to her.

The Art of Taxidermy is a heartbreaking verse novel exploring love and death, grief and beauty, and the ways we try to make sense of it all. 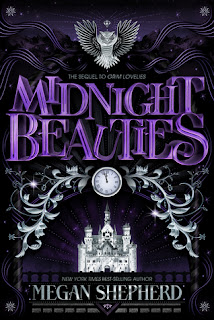 I'm a bit ashamed to say that I got an ARC of this and met the author last summer at ALA in NOLA.  And I have yet to read it.  I'm sure if I had read it,  I'd have needed a copy of this one sooner rather than later.  And just like with the first book, the cover is awesome!

Ever since she discovered her affinity for magic, seventeen-year-old Anouk has been desperate to become a witch. It’s the only way to save her friends who, like Anouk, are beasties: animals enchanted into humans. But unlike Anouk, the other beasties didn’t make it out of the battle at Montélimar in one piece.

With her friends now trapped in their animal forms, Anouk is forced into a sinister deal involving a political marriage with her sworn enemy, a wicked plot to overthrow London’s fiercest coven of witches, and a deadly trial of fire to become a witch. The price for power has always been steep in the world of the Haute. Now, it will cost Anouk everything.

Wicked and delightful, this spellbinding sequel and conclusion to Grim Lovelies is perfect for fans of The Cruel Prince and The Hazelwood Wood. 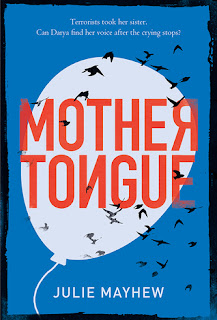 Another deep story, one that I think would be good for my students to read, as well as myself just to know more about this event.

Based on the shocking Beslan school siege in 2004, this is a brave and necessary story about grief, resilience, and finding your voice in the aftermath of tragedy.

On the day she brings her sweet little sister, Nika, to school for the first time, eighteen-year-old Darya has already been taking care of her family for years. But a joyous September morning shifts in an instant when Darya's rural Russian town is attacked by terrorists. While Darya manages to escape, Nika is one of hundreds of children taken hostage in the school in what stretches to a three-day siege and ends in violence. In the confusion and horror that follow, Darya and her family frantically scour hospitals and survivor lists in hopes that Nika has somehow survived. And as journalists and foreign aid workers descend on her small town, Darya is caught in the grip of grief and trauma, trying to recover her life and wondering if there is any hope for her future. From acclaimed author Julie Mayhew comes a difficult but powerful narrative about pain, purpose, and healing in the wake of senseless terror. 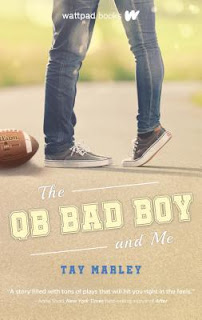 Sounds like a sweet romance.  And I kind of like trying to support Wattpad authors, especially as much as I loved the After series by Anna Todd.

Everything changed the day Drayton Lahey crashed into Dallas’s life…

Dallas Bryan is a no-nonsense cheerleader who has her sights set on a dance scholarship to CalArts. Drayton Lahey is the bad-boy quarterback from football royalty who’s completely wrong for her—at least, that's what she tells herself. The longer Dallas tells herself she doesn't need Dray, the quicker she realizes it might be time to forget what she needs and go after what she wants.


Once again, I had one more in my planner, but again, it doesn't seem to be actually coming out, as its lack of cover and any more info on Goodreads seems to say.  It is one of the Entangled Teen books I mentioned last week, so I am hoping this means they are just putting the release off, but not too long.  If I hear more, I'll let you know, but  again it is Sky-Kissed by Pintip Dunn, sequel to  Star-Crossed, which I loved; which looks to have also listed this week as a pub date on Goodreads.

Final Thoughts:
Have you read any of these yet?  Are they on your TBR?  And hey, while you're here, you should go try to win some of my ARCs from Cleaning Up My TBR Post HERE. The US only giveaway is open till Friday at midnight, there are even some 2019 ARCs that can be one of your two choices.  I probably won't have a giveaway this coming Saturday because I'll be out of town at Book Bonanza.
Posted by Lisa Mandina at 6:30 AM