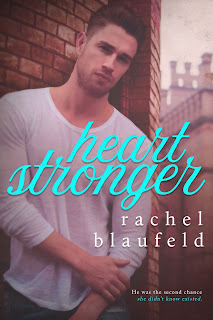 Synopsis:
“Sometimes, I feel like I’m watching a movie…that it’s not really me, Claire Richards, getting this second chance at life.”Single mom and college professor Claire Richards only wanted a few hours of me time to soak in her tub, read a book, and drink wine.But tragedy struck, and Claire found herself with a lot more me time than she bargained for. Three years later, Claire is still mourning her losses when Aiken Fordham—who captivates her with his Mediterranean blue eyes and tanned skin—moves in right next door. Forcing Claire to face her fears, Aiken almost forgets his reason for moving to Small Town, Pennsylvania. Falling for the sexy, smart, and strong professor next door was never in the plan. But now it is… until their future intersects with their pasts. 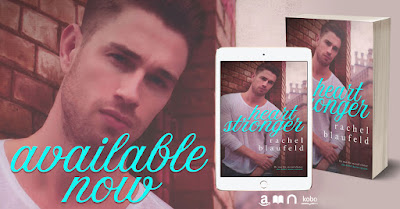 iBooks I Amazon US I Amazon Universal I Nook I Kobo


My Review:
I was interested in this book because of the older woman aspect, as I connect with that kind of story.  There were a lot of emotional details to this story.  Claire was a woman who had lost her daughter, and had divorced her husband before that happened.  Aiken lost his mom years ago when she left him and his father.  But he's never given up searching for his mom, and that is what had led him to the house right next door to Claire.  Claire hasn't ever really moved on from losing her daughter. She doesn't go out with men, pretty much just throws herself into her work, despite the efforts of her best friend Mary, who is also her boss.

Aiken doesn't give up on anything really, when he first sees Claire, he is intrigued and sets his mind to get her to go out with him. At first he doesn't know about her daughter, and she doesn't tell him.  When he finds out, he changes his way of getting to know her and trying to get her to give him a chance.  Claire does give in, and tries a relationship with him, she can't seem to deny the attraction between them. But she still doesn't see it as being anything other than temporary, I mean, he is younger than her, and she is insecure in that.  When she sees him talking to a girl that is in one of her classes at the college, she gets jealous, and assumes that he has decided to move on to someone younger, just as she expected.  But she is wrong, and he does his best to convince her.

The more Aiken learns about his missing mother, he finds there is some kind of connection between her and Claire, one that he is afraid to let Claire know about until he finds out the actual truth of it.

For the most part I enjoyed this.  But it was a pretty simple story, nothing really different about it, other than possibly the connection between Claire and Aiken's mother that we find out at the end.  I didn't like the way Aiken handled that, the length of time it took, just didn't work for me on how he had been up to that point.  Until then, he had seemed to know exactly how to give her space, how to back off when she would push her away.  He knew how to include her daughter to help Claire feel like she wasn't forgetting her, and that she was still a part of her life.  It was an easy read though, and the romance was sweet.  I think we were left with a bit of a cliffhanger ending with Claire's friend Mary, and I would assume there will be a sequel or standalone book about her. 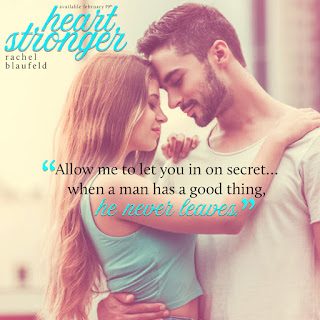 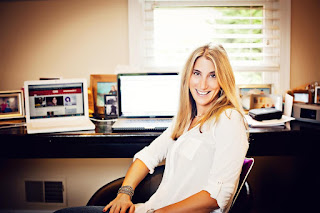 Rachel Blaufeld is a bestselling author of Romantic Suspense, New Adult, Coming-of-Age Romance, and Sports Romance. A recent poll of her readers described her as insightful, generous, articulate, and spunky. Originally a social worker, Rachel creates broken yet redeeming characters. She’s been known to turn up the angst like cranking up the heat in the dead of winter.
A devout coffee drinker and doughnut eater, Rachel spends way too many hours in local coffee shops, downing the aforementioned goodies while she plots her ideas. Her tales may all come with a side of angst and naughtiness, but end as lusciously as her treats.
As a side note, Blaufeld, also a long-time blogger and an advocate of woman-run anything, is fearless about sharing her opinion. She captured the ears of stay-at-home and working moms on her blog, BacknGrooveMom, chronicling her adventures in parenting tweens and running a business, often at the same time. To her, work/life/family balance is an urban legend, but she does her best.
Rachel has also blogged for The Huffington Post and Modern Mom. Most recently, her insights can be found in USA TODAY, where she shares conversations at “In Bed with a Romance Author” and reading recommendations over at “Happy Ever After.”
Rachel lives around the corner from her childhood home in Pennsylvania with her family and two beagles. Her obsessions include running, coffee, basketball, icing-filled doughnuts, antiheroes, and mighty fine epilogues.
When she isn’t writing, she can be found courtside, tweeting about hoops as her son plays, or walking around the house wearing earplugs while her other son, the drummer, bangs away.