In this modern Irish fairytale, a young art teacher from Savannah, Georgia has given up on love. Three times Tory Adams has loved; three times her heart has been crushed. On a whim, Tory purchases a lottery ticket using the dates her ex-boyfriends dumped her. And she wins! Wins over $600 million dollars. All Tory has ever desired is love, a home, and a family. Now, with a pot of gold, she can at least have her own home, and she is not settling for just any home.

Tory flies to Ireland to buy the castle on Dragon's Isle, a magical place where her grandparents met and fell in love. But could money buy love? From the moment she arrives in Ireland, Tory faces complications. Wonderful complications. A handsome Irishman appears followed by a trio of men to chase her across the Emerald Isle. But she must decide - do the men love her or are they simply romancing the numbers? 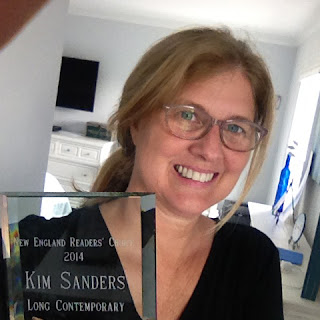 Kim Sanders is a best-selling author of contemporary romance who loves beaches, dragonflies, and rain on a blue tin roof. But what she loves the most is a happily-ever-after story. Her first novel, Shades of Gray, was an award-winning novel that was a number one bestseller on Amazon’s Contemporary Romance Bestselling List. Her second novel, The Ex Lottery, has won three prestigious first-place awards for contemporary romance. Sanders’ work has been recognized by Kirkus Reviews, Chanticleer Book Reviews, and Writers Digest. Before becoming an author, Sanders worked as a photographer, a journalist, an editor, and an attorney. 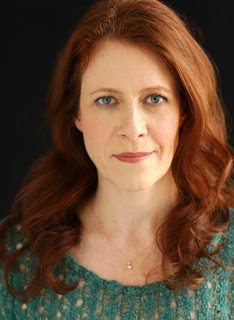 Eva Kaminsky is a New York born and NYC based actor and narrator. A 2014 Audie nominee, she has recorded over 150 audiobooks in many different genres ranging from Romance to Young Adult. Eva can often be heard on TV and radio commercials for such products as Intel, Publix, Neulasta and Tide, and spent her earlier years in the world of animation voicing characters for Teenage Mutant Ninja Turtles, Pokemon, Yu-gi-oh, among many others. Recent recurring and guest appearances on television include Chicago Med, Billions, Madam Secretary, Madoff, Blindspot, and The Blacklist, and on the larger screen she can be seen in Extremely Loud and Incredibly Close, Three Generations, and Stephen King’s The Dark Tower. She has spent over 20 years working in the theatre, both on and Off Broadway, and extensively in regional theatres all over the country.

I received this audiobook as part of my participation in a blog tour with Audiobookworm Promotions. The tour is being sponsored by Kim Sanders. The gifting of this audiobook did not affect my opinion
of it.

What else can I say, except that I LOVED this book!  I mean, it has been a dream of mine for a while to run away to Ireland, to meet the man of my dreams.  And that isn't exactly what the plot of this story is, but it definitely has some aspects that are along that same idea.  At first it took me a bit to get into, just because the character was getting ready to go to Ireland, and hadn't left yet.  I know that set-up was needed, but if I'd been reading instead of listening, I'd have skimmed through that bit much quicker than I did when I was listening.  However, once Tori got to Ireland, the story really picked up.  In fact, I was only a little over a third of the way through when I was at a point that I did not want to stop listening in my car when I'd arrived at work that morning.  The coincidences that I predicted did come out, but in a good way, one that kept the story going, and definitely weren't the kind that made you think the story was too much of a usual one.

All of Tori's exes were hilarious, except Carter, and when I found out what he'd done, wow, I was so mad at him.  And what happened between him and Tori was sad, definitely made me cry.  And then the part at the end when he kind of set Tori and Shane back, I was ready to kill him.  I also loved Molly and Mags, and I had hoped a little spark might be between those two, and then the twist at the end, something I wondered about at the very beginning, well that made me very happy!

This did have the usual part of the story where the two of them were keeping secrets that if just one of them had spilled to the other one, things could have been cleared up so much sooner.  And I hate that Shane didn't just google Tori sooner, to know what all was going on and who she really was.  I mean he had the ability, she did not.  I was definitely still kept guessing about a few details in the plot, and I like that.  I enjoy the way it wrapped up, and am glad it went that way.

The setting of Ireland totally called to me even more, making me more determined to one day get there to visit. Although I probably will not have a chance with an Irish man, since I'm not a fan of beer, at all.  But I want to have a room above a pub, and hear all the Irish voices and accents as I wake up or throughout the day.

My only complaint is maybe the sex started out like I'd want it, but the fade into black bit was a little off for me.  I would have liked the whole scene. But that's okay.  I could deal with that, because in the end, I loved the story so much.  The narrator did a great job for sure, and I could definitely listen to more books by her.