Earth's last man discovers that the last woman is stranded alone aboard the International Space Station. If you like action-packed novels, you'll love the electrifying action in this apocalyptic thriller. Can humanity's last two unite? Separated by the gulf of space, the last man and woman of the human race struggle against astronomical odds to survive and unite. Army Aviator Vaughn Singleton is a highly intelligent, lazy man. After a last-ditch effort to reignite his failing military career ends horribly, Vaughn becomes the only human left on Earth. Stranded alone on the International Space Station, Commander Angela Brown watches an odd wave of light sweep across the planet. Over the next weeks and then months, Angela struggles to contact someone on the surface, but as she fights to survive aboard a deteriorating space station, the commander glimpses the dark underpinnings of humanity's demise. After months alone, Vaughn discovers there is another. Racing against time, he must cross a land ravaged by the consequences of humankind's sudden departure. Can Vaughn find a path to space and back? Can Angela - the only person with clues to the mystery behind humanity's disappearance - survive until he does?

Click on the image below to hear an excerpt: 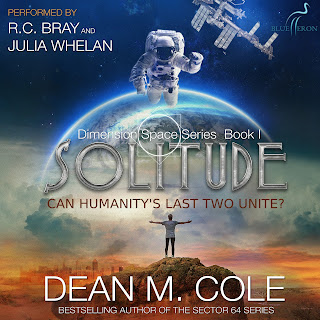 1.  What does your writing process look like? Do you know the whole story when you start?  Or do you just start writing and go with it (seat of the pants writing)?  If you plan it out, how do you do that?  Outline, notecards, post-it-notes, etc.?
2.  How do you come up with your ideas for your stories?
3.  How long have you been writing?
4.  What tips do you have for aspiring writers?
5.  Some favorites:
Books/authors/genres
Movies/TV Shows
Music
Food/Writing snack
Social Media Site 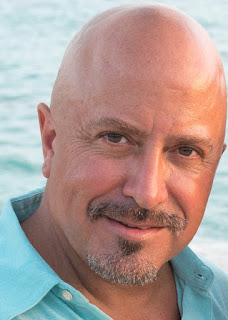 Author, world traveler, and combat pilot turned commercial helicopter pilot Dean M. Cole writes from locales as remote as Equatorial Guinea and as romantic as Paris's Champs-Elysées with his trusty sidekick and beautiful wife, Donna. A combat veteran, he flew Apache Attack Helicopters in the US Army's First Cavalry Division. License to kill revoked by the government, he traded in his attack helicopter for one of the transport ilk. When not weaving tales of alien apocalypse and redemption, he spends his days flying terrestrial aliens in IFOs (Identified Flying Objects) known as helicopters. No longer authorized to dispatch aliens he settles for dropping them off at oil rigs around the globe. On the six months of time off his paying job affords, author, biker, and fellow Sci-Fi geek Dean M. Cole travels with his wife, builds airplanes and custom choppers, and writes his next tale of the apocalypse. 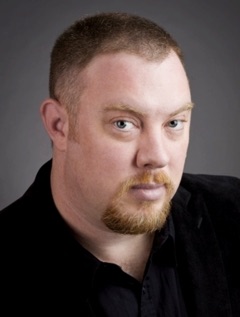 From an early age Audie, Earphones, and SOVAS Voice Arts Award-winning audiobook narrator R.C. Bray despised reading. Truly hated it with a passion. And audiobooks? Even worse. Those were for people too lazy to read (not to be confused with those like himself who didn’t want to read to begin with). R.C. eventually got older and wiser (he was always good-looking) and eschewing his capricious convictions fell head-over-heels with reading. Not just to learn words like “eschew” and “capricious” so he could use them in a bio line, but because someone was actually going to give him money to do it. Note: R.C.’s gorgeous wife and three beautiful children begged him not to make this his official bio. Clearly he misunderstood 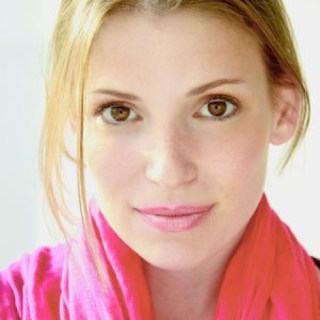 Julia Whelan is an actor, writer, and audiobook narrator. She is perhaps most well known for her acting work on ABC’s Once and Again and her award-winning narration of over 200 audiobooks (including Gillian Flynn’s Gone Girl). Her debut novel is forthcoming. After a healthy career as a child actor, Whelan attended Middlebury College and Oxford University, graduating with a degree in English and Creative Writing.


➜Sign up as a host here
Posted by Lisa Mandina at 7:30 AM