Back to joining up with the Waiting on Wednesday Posts, and the Can't Wait Wednesday posts hosted by Wishful Endings.  Five books to share this week. 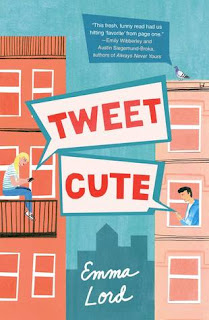 I've heard such good things about this and my friend who works for Macmillan right now just sent me an ARC!  Hope to get to it soon.

A fresh, irresistible rom-com from debut author Emma Lord about the chances we take, the paths life can lead us on, and how love can be found in the opposite place you expected.

Enter Jack, class clown and constant thorn in Pepper’s side. When he isn’t trying to duck out of his obscenely popular twin’s shadow, he’s busy working in his family’s deli. His relationship with the business that holds his future might be love/hate, but when Big League Burger steals his grandma’s iconic grilled cheese recipe, he’ll do whatever it takes to take them down, one tweet at a time.

All’s fair in love and cheese ― that is, until Pepper and Jack’s spat turns into a viral Twitter war. Little do they know, while they’re publicly duking it out with snarky memes and retweet battles, they’re also falling for each other in real life ― on an anonymous chat app Jack built.

As their relationship deepens and their online shenanigans escalate ― people on the internet are shipping them?? ― their battle gets more and more personal, until even these two rivals can’t ignore they were destined for the most unexpected, awkward, all-the-feels romance that neither of them expected. 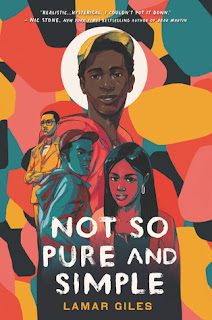 In his first contemporary teen novel, critically acclaimed author and two-time Edgar Award finalist Lamar Giles spotlights the consequences of societal pressure, confronts toxic masculinity, and explores the complexity of what it means to be a “real man.”

Del has had a crush on Kiera Westing since kindergarten. And now, during their junior year, she’s finally available. So when Kiera volunteers for an opportunity at their church, Del’s right behind her. Though he quickly realizes he’s inadvertently signed up for a Purity Pledge.

His dad thinks his wires are crossed, and his best friend, Qwan, doesn’t believe any girl is worth the long game. But Del’s not about to lose his dream girl, and that’s where fellow pledger Jameer comes in. He can put in the good word. In exchange, Del just has to get answers to the Pledgers’ questions…about sex ed.

With other boys circling Kiera like sharks, Del needs to make his move fast. But as he plots and plans, he neglects to ask the most important question: What does Kiera want? He can’t think about that too much, though, because once he gets the girl, it’ll all sort itself out. Right? 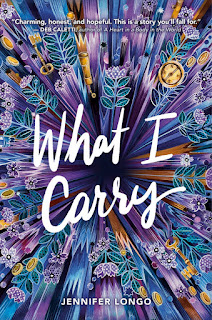 I've got an ARC of this that I got from the publisher at AASL, hope I get a chance to get to it soon!

For readers of Robin Benway's Far From the Tree, a powerful and heartwarming look at a teen girl about to age out of the foster care system.

Growing up in foster care, Muir has lived in many houses. And if she's learned one thing, it is to Pack. Light.
Carry only what fits in a suitcase.
Toothbrush? Yes.
Socks? Yes.
Emotional attachment to friends? foster families? a boyfriend? Nope!
There's no room for any additional baggage.
Muir has just one year left before she ages out of the system. One year before she's free. One year to avoid anything--or anyone--that could get in her way.

Then she meets Francine. And Kira. And Sean. 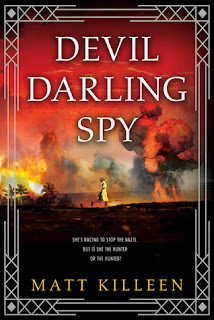 Still need to read the first one in this series, but now there's another one out to maybe push me to get to it!

In this utterly gripping thriller, Sarah, the fearless heroine of Orphan Monster Spy, hunts a rogue German doctor in West Africa who might be a serial murderer.

Still hiding in plain sight as "Ursula Haller," the Shirley Temple of Nazi high society, Sarah Goldstein gathers information for Captain Floyd at parties, and when he learns of a German doctor who went rogue in West Africa, she wants to help him hunt the doctor down. Rumors say the doctor has discovered a tool of germ warfare known as "the Bleeding" that could wipe out whole nations. The journey begins as a thrilling adventure for Sarah but as they get closer to the doctor, and see more effects of "the Bleeding" in the communities they pass through, their trip turns from caper to nightmare. A biracial German/Senegalese girl who travels with them, a black French priest with a foul mouth, and the doctor's glamorous daughter round out the cast of this unbearably high-stakes thriller that pushes Sarah to face the worst humanity is capable of--and challenges her to find reasons to keep fighting. 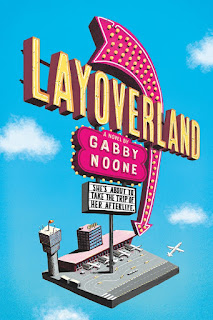 Sounds kind of unique.  Love the cover as well!

Two teens, one stuck atoning for her sins and one destined for heaven, fall in love in purgatory in this darkly hilarious and heartfelt rom-com, perfect for fans of The Good Place.

Beatrice Fox deserves to go straight to hell. At least, that's what she thinks. On her last day on Earth, she ruined the life of the person she loves most--her little sister, Emmy. So when Bea awakens from a fatal car accident to find herself on an airplane headed for a mysterious destination, she's confused, to say the least. Once on the ground, Bea receives some truly harrowing news: not only is she in purgatory, but she has been chosen to join the Memory Experience team. If she wants another shot at heaven, she'll have to use her master manipulation skills to help 5,000 souls suss out what's keeping them from moving on.

There's just one slight problem. Bea's first assigned soul is Caleb, the boy who caused her accident, and the last person Bea would ever want to send to the pearly gates. But as much as Bea would love to see Caleb suffer for dooming her to a seemingly endless future of listening to other people's problems, she can't help but notice that he's kind of cute, and sort of sweet, and that maybe, despite her best efforts, she's totally falling for him. And to make matters worse, he's definitely falling for her. Now, determined to make the most of her time in purgatory, Bea must decide what is truly worth dying for--romance or revenge.

Final Thoughts:
Definitely more good books coming out this year.  Have you read any of these yet?  Are they on your TBR?  And hey, while you're here, you should go try to win some of my ARCs from Cleaning Up My TBR Post HERE.  The US only giveaway is open till Friday at midnight.