Not that far behind, at least in reviews, but that's because my reading is falling behind with the moving last month, lots of working at my part time job this month, and unpacking.  But let's get completely caught up! 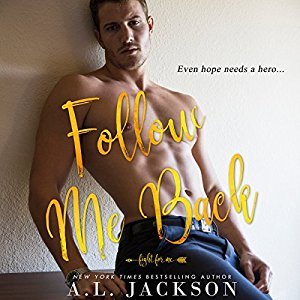 Working slowly through the audiobooks I purchased through Audible, as I've put my account on hold mostly.  Other than signing up for their new program of $2.95 a month for certain audiobooks that you can listen to, but aren't yours to keep.  But anyway, this one was really good.  This book had soooooo many emotions!  And so much steaminess.  I was yelling at the characters as I listened, but still loved it all the way.  I didn't understand exactly why his friends were such a big part at the beginning, but then for a while they were not really part of the story.  I felt that was kind of weird, but in the end, it all worked.  Great story.  Look forward to reading more in this series.

Here is the blurb from Goodreads:
The next seductive, unforgettable stand-alone romance in the FIGHT FOR ME series from NYT & USA Today Bestselling Author A.L. Jackson...

Kale Bryant. Arrogant. Gorgeous. Commanding.
This ER doctor is married to his job.
His only vice is one-night stands and short-lived flings.
He learned a long time ago loving someone isn’t worth the risk.

Harley Hope Masterson.
Beautiful. Brave. Sweet.
The owner of a small coffee shop knows what it’s like to struggle.
Embroiled in a bitter divorce, she’s threatened with losing everything.

When Kale accepts a new position down the street from Hope’s shop, he begins to question every wall he’s built around his heart.
He wants her in a way he hasn’t wanted anyone.
One touch is fire.
One kiss, and he’s spinning out of control.
But taking her won’t come without consequences.

Hope is in for the fight of her life.
One neither of them saw coming.
Now Kale must decide if loving her is worth risking it all.

She will fight with everything she has.
But sometimes even hope needs a hero...


The Unhoneymooners by Christina Lauren: 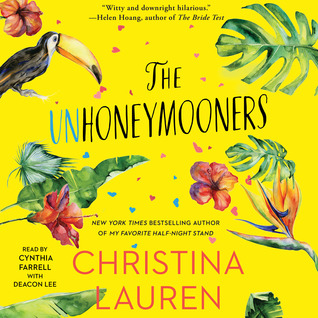 Release Date: May 14th, 2019
Source:  Borrowed from the library as a digital audiobook download
My rating:  5 stars

I was excited for this one.  Heard good things, but also had one review that made me wonder if I'd like it.  In the end I loved it.  I kind of wish we'd had Ethan's point of view the whole way through, but I guess it totally worked this way.  I didn't see one of the little twists that we got thrown.  I love that when that happens!  It was another great book from this author duo.  I was worried about the narrator at first, because I think I've had issues with her in the past, but in the end she worked.  Then, I've never seen the movie or read the book Fried Green Tomatoes, so I was wondering if what they talk about is really in the book/movie!

Here is the blurb from Goodreads:
For two sworn enemies, anything can happen during the Hawaiian trip of a lifetime—even love—in this witty and swoonworthy romance from the New York Times bestselling duo who “hilariously depict modern dating” (Us Weekly) and authors of Josh and Hazel’s Guide to Not Dating and Roomies.

Olive is always unlucky: in her career, in love, in…well, everything. Her identical twin sister Amy, on the other hand, is probably the luckiest person in the world. Her meet-cute with her fiancé is something out of a romantic comedy (gag) and she’s managed to finance her entire wedding by winning a series of Internet contests (double gag). Worst of all, she’s forcing Olive to spend the day with her sworn enemy, Ethan, who just happens to be the best man.

Olive braces herself to get through 24 hours of wedding hell before she can return to her comfortable, unlucky life. But when the entire wedding party gets food poisoning from eating bad shellfish, the only people who aren’t affected are Olive and Ethan. And now there’s an all-expenses-paid honeymoon in Hawaii up for grabs.

Putting their mutual hatred aside for the sake of a free vacation, Olive and Ethan head for paradise, determined to avoid each other at all costs. But when Olive runs into her future boss, the little white lie she tells him is suddenly at risk to become a whole lot bigger. She and Ethan now have to pretend to be loving newlyweds, and her luck seems worse than ever. But the weird thing is that she doesn’t mind playing pretend. In fact, she feels kind of...lucky.

With Christina Lauren’s “uniquely hilarious and touching voice” (Entertainment Weekly), The Unhoneymooners is a fun and charming romance that is perfect for anyone who has ever felt unlucky in love. 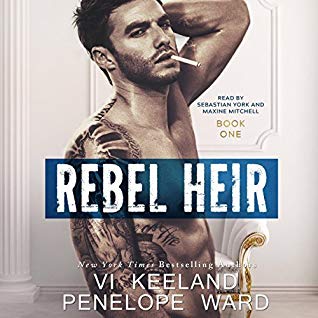 Release Date: April 4th, 2018
Source:  Free audiobook download from newsletter which did not influence my opinion
My rating:  5 stars

Um, I'd almost give this 4.5 stars because of the cliffhanger ending!  A freebie that leaves you hanging and now to get a hold of the sequel so I can find out how it goes.  I kind of saw the twist about three-fourths of the way through, but then as we got closer to the end and it hadn't happened, I thought we were going to just get a nice wrapped in a bow HEA.  I didn't know there was a sequel, so man was I upset when that twist happened right at the very end of the book.  It did take me a bit to get over the smoking bit, I cannot stand cigarettes or smoking, but I was able to get past it since he was wanting to stop.  A steamy book, one that I really enjoyed and as I said, need book 2 NOW!

Here is the blurb from Goodreads:
How to kick off a great summer in the Hamptons:

Snag a gorgeous rental on the beach. Check.

Get a job at a trendy summer haunt. Check.

How to screw up a great summer in the Hamptons:

Fall for the one guy with a dark leather jacket, scruff on his face, and intense eyes that doesn’t fit in with the rest of the tony-looking crowd. A guy you can’t have when you’ll be leaving at the end of the season.

I should add - especially when the guy is your sexy, tattooed god of a boss.

Especially when he not only owns your place of employment but inherited half of the town.

Especially when he’s mean to you.

Or so I thought.

Until one night when he demanded I get in his car so he could drive me home because he didn’t want me walking in the dark.

That was sort of how it all started with Rush.

And then little by little, some of the walls of this hardass man started to come down.

I never expected that the two of us, seemingly opposites from the outside, would grow so close.

I wasn't supposed to fall for the rebel heir, especially when he made it clear he didn’t want to cross the line with me.

As the temperature turned cooler, the nights became hotter. My summer became a lot more interesting - and complicated.

All good things must come to an end, right?

Except our ending was one I didn’t see coming.