Doing two weeks this time because I have a couple posts scheduled for next Wednesday, and since I only have one book I'd post then anyway, may as well combine them!  Will join up with the Waiting on Wednesday Posts, and the Can't Wait Wednesday posts hosted by Wishful Endings. 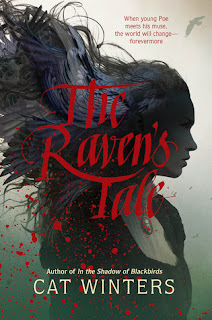 The other book I've read by this author I enjoyed, and this is also a retelling, of a poem by Edgar Alan Poe, so that grabbed me as well!

Seventeen-year-old Edgar Poe counts down the days until he can escape his foster family—the wealthy Allans of Richmond, Virginia. He hungers for his upcoming life as a student at the prestigious new university, almost as much as he longs to marry his beloved Elmira Royster. However, on the brink of his departure, all his plans go awry when a macabre Muse named Lenore appears to him. Muses are frightful creatures that lead Artists down a path of ruin and disgrace, and no respectable person could possibly understand or accept them. But Lenore steps out of the shadows with one request: “Let them see me!” 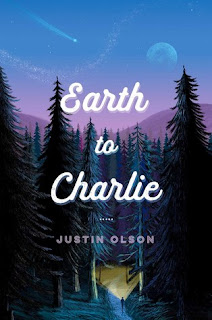 Waiting to be abducted by aliens?  Just sounds like it could be unique!

A high school outcast spends his life hoping to be abducted by aliens in this funny, quirky novel about finding your footing in a world that sometimes feels like Mars.

Convinced his mother has been abducted by aliens, Charlie Dickens spends his nights with an eye out for UFOs, hoping to join her. After all, she said the aliens would come back for him. Charlie will admit that he doesn’t have many reasons to stick around; he doesn’t get along well with his father, he’s constantly bullied at school and at work, and the only friend he has is his 600-pound neighbor Geoffrey, and Geoffrey’s three-legged dog, Tickles.

Then Charlie meets popular, easy-going Seth, who shows him what real friendship is all about. For once, he finds himself looking around at the life he’s built, rather than looking up. But sooner than he expected, Charlie has to make a decision: should he stay or should he go? 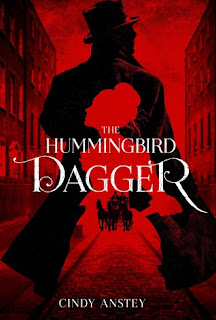 I enjoyed the other book by this author that I read, Love, Lies, and Spies, and actually am currently reading this one to post a review on next week.

Here is the blurb from Goodreads:
1833. After young Lord James Ellerby witnesses a near-fatal carriage accident on the outskirts of his estate, he doesn't think twice about bringing the young woman injured in the wreck to his family's manor to recuperate. But then she finally regains consciousness only to find that she has no memory of who she is or where she belongs.

Beth, as she takes to calling herself, is an enigma even to herself. She has the rough hands of a servant, but the bearing and apparent education of a lady. Her only clue to her identity is a gruesome recurring nightmare about a hummingbird dripping blood from its steel beak.

With the help of James and his sister, Caroline, Beth slowly begins to unravel the mystery behind her identity and the sinister circumstances that brought her to their door. But the dangerous secrets they discover in doing so could have deadly ramifications reaching the highest tiers of London society. 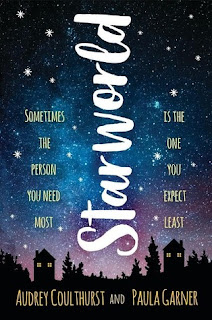 This one sounds like it could be a very unique new story.  And that cover!  Now I did DNF the first book I tried by this author, so that's why I didn't go out of my way to try to get a copy of this one.


In a novel in two voices, a popular teen and an artistic loner forge an unlikely bond — and create an entire universe — via texts. But how long before the real world invades Starworld?

Sam Jones and Zoe Miller have one thing in common: they both want an escape from reality. Loner Sam flies under the radar at school and walks on eggshells at home to manage her mom’s obsessive-compulsive disorder, wondering how she can ever leave to pursue her dream of studying aerospace engineering. Popular, people-pleasing Zoe puts up walls so no one can see her true self: the girl who was abandoned as an infant, whose adoptive mother has cancer, and whose disabled brother is being sent away to live in a facility. When an unexpected encounter results in the girls’ exchanging phone numbers, they forge a connection through text messages that expands into a private universe they call Starworld. In Starworld, they find hilarious adventures, kindness and understanding, and the magic of being seen for who they really are. But when Sam’s feelings for Zoe turn into something more, will the universe they’ve built survive the inevitable explosion? 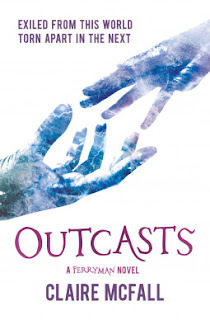 Now this is the third in a series, but I've been intrigued with the premise for it since I first heard of them.

Here is the blurb from Goodreads:
Tristan and Dylan have escaped death and conquered destiny. Nothing is stopping them from being together.

But every action has a consequence, and their exile to the real world has caused an imbalance in the afterlife. It's owed two souls – and it wants them back.

When the world of the dead claims Dylan's parents to restore the balance, Dylan and Tristan are offered a terrible bargain: stay together and condemn innocent souls to death, or return to the wasteland to take their place and be separated. Forever.

Are they willing to make the ultimate sacrifice?

The stunning final instalment of Dylan and Tristan's epic love story, Outcasts is the much-anticipated follow-up to the award-winning Ferryman, and heart-pounding sequel Trespassers.

With more than two million copies sold worldwide, Ferryman is a cult sensation in China, staying in the top 10 bestseller chart for three years before securing a Hollywood movie deal in early 2018.


Final thoughts:
Only one of these that I got my hands on early.  Have you read any of these yet?  Are they on your TBR?  And hey, while you're here, you should go try to win some of my ARCs from Cleaning Up My TBR Post HERE.  It's open till Saturday!
Posted by Lisa Mandina at 6:30 AM