Blog Tour with Author Interview and Giveaway: Ann, Not Annie by Sage Steadman 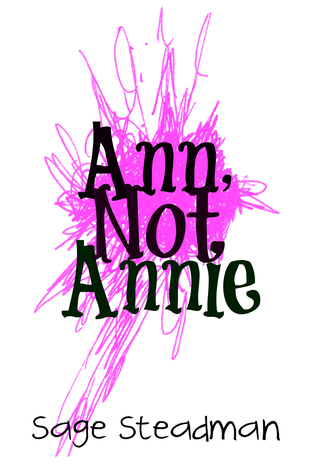 Ann, not Annie, is tired of her nominal existence and has vowed to turn things around by dating the hottest guy in school, Jacob Waters. Easier said than done since Jacob isn’t even aware she exists. The truth is, due to Ann’s lively temper she spends more time in detention with the rest of the school rejects than she does fantasizing about Jacob Waters wearing spandex.
Her best friend and devout alien believer, Lisa, doesn’t like the changes she’s seeing in her BFF. Neither does Danny Feller, a fellow detention inmate and resident lost boy who has started keeping an extra watchful and unwanted eye on Ann.
When a chance encounter in an empty hallway changes everything, Ann finds all her dreams coming true and she is well on her way to living the perfect life she’s always wanted. But appearances aren’t always what they seem and Ann is going to have to face not just cold hard facts, but also her past.

Goodreads / Amazon
Author Interview:
1.  What does your writing process look like? Do you know the whole story when you start?  Or do you just start writing and go with it (seat of the pants writing)?  If you plan it out, how do you do that?  Outline, notecards, post-it-notes, etc.?

For me to start writing I just have to have a clear idea of how it begins, who the main players are, how it ends and what the climax of the book will be. Sometimes, if it’s a more complicated story, I will get more detailed with the outline, but I never end up following it. It’s more like a guideline in case I get lost, and to help me remember important plot points. Right now I do everything in Scrivener which is organizational magic and I would recommend it for any aspiring writer. When I first began I would have a luggage case full of stuff just for the book. It would be crammed full with notebooks, scattered post-it notes and reference books. It was a complete mess.

With the YA books I’ve published thus far there wasn’t really any ideas I had. It was more like I just started writing one day. I’d be on the bus, or in the middle of dreaming, or in a cabin in the woods, and I’d just start writing. Julia Cameron who wrote “The Artists Way” talked about how writing is more like taking dictation then it is coming up with an idea and writing it down. The experience of writing has always been very much like that for me. I just clear my head and see what shows up. It’s more fun for me that way as well because then I experience the book like I’m the first person who gets to read it and I get to be surprised and entertained along the way.

I’ve been an avid journal keeper since I was 10 years old and loved writing little short stories in Jr. High and High School, but I never saw me writing novels until I turned 21. I was riding the bus to college and I pulled out my journal (I was always lugging one around) and started writing my first novel, “Snowflake Obsidian: Memoir of a Cutter.”

When an aspiring writer contacts me I find they are usually struggling with two things: 1. Believing that they need to have it perfect on the first draft. They get so caught up in “Is this right” that they get blocked. The first draft is just the bones of the document. You need to just get it out of you and then work on revisions later. Don’t think while you’re writing. Just write and then later see what you have that you can work with.
And 2. Don’t tell everyone about what you’re writing. Keep it to yourself. You don’t need their approval and you often won’t get it. The fastest way to kill a dream is to share it with everyone around you. I like to think of it like being pregnant. I’m not going to tell people I’m pregnant until I’m sure the pregnancy is viable.  Same with book ideas. Don’t talk about it until you’re sure it’s viable. For me, that’s after the first draft has been written.

Books/authors/genres
“An Abundance of Katherines,” By John Green, “Slam” by Nick Hornby, “Speak” by Laurie Halse Anderson, “Gone With The Wind” by Margaret Mitchell, “I Am the Messenger,” by Markus Zusak. Just to name a few…

Movies/TV Shows
Movies: Stranger Than Fiction, Bridget Jones Diary, Love Actually, Penelope, Jane Eyre, Hamlet 2, In Bruge, Tucker and Dale vs. Evil, Across the Universe. Everything by Wes Anderson. Anything with Simon Pegg and Nick Frost in it, including their British TV series. And I also love all the Marvel and DC movies.
TV Shows: The IT Crowd, That 70’s Show, Game of Thrones, The Great British Baking Show, Stranger Things, Supernatural, Outlander, Breaking Bad, How I Met Your Mother, Parks and Rec, iZombie, Futurama, Arrested Development, Raising Hope, Sons of Anarchy…half of these aren’t even playing anymore. Lol. When I’m not writing I’m home with my kids and so I watch a lot of Frozen…

Music
I’m way behind on music. It takes me awhile to get into new music, but when I do I really like to listen to it a lot and experience it fully. Right now I’m on a Frightened Rabbit kick. Their song “Still Want To Be Here,” is just so good. I’ve also been recently listening to Iron and Wine, Vincent Draper, Rolling Stones, Feist and Sleeping At Last. When I’m writing I listen to a lot of Sigur Ros and The Album Leaf as the singing doesn’t distract and they’re both emotional and calming without being distracting. 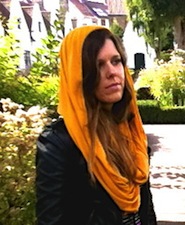 Sage Steadman was awarded a master’s degree in social work from the University of Utah. While pursuing her passion for writing, she worked as a licensed mental health therapist. She published her debut novel, “Snowflake Obsidian: Memoir of a Cutter,” in 2010 under her pen name, The Hippie, and since, re-released the second edition under her real name. The novel has been deemed an “idyllic” read, filled with love, humor, romance and heart. She is also the co-author of the gritty and inspiring historical fiction novel, “Upon Destiny’s Song,” alongside classical guitarist, Mike Ericksen, and has penned an article on teen cutting for Canadian Magazine, “Edmonton’s Child.” She has recently produced a stunning and thought-reflecting novella entitled, “The Waking Dream.” Sage is heralded as a talented writer who tackles her novels with a witty, raw and honest approach. She currently lives near Salt Lake City, Utah with family.