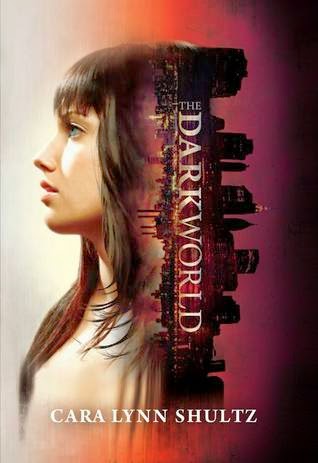 First, thanks to Netgalley and Harlequin Teen, but especially to the author, for allowing me to read an e-galley of this book.  Once again I'm so much in love with characters from a book.  And the love comes from the fact that these characters are the kind of people I want to hang out with, in fact, the way they talk and joke around, they are the kind of people I already do hang out with, as well as the people I am related to!  The sarcasm of the main character, Paige, is just so much like me, or at least like I try to be, I'm not always as quick with the comebacks as she is.  And let me tell you, when I began reading the book, and Paige was talking about how good of an eye roller she was, I seriously almost laughed out loud!  Because lately, I feel as if I've been rolling my eyes constantly with a certain person, and I actually hope I've gotten good at making sure to turn away so that the person doesn't see it.  Let me give you a rundown of the story.

The main character is Paige, and we start the story with her in the school bathroom talking to her best friend Dottie.  Other students come in, and they immediately start making fun of her.  Seems Paige is considered the crazy girl at school.  One reason for this could be when people catch her talking to Dottie.  You see Dottie is a ghost, so it looks as if Paige is just talking to herself or the wall, or nothing.  And this just started after Paige did a heroic deed of saving a boy's life.  When he wandered into the middle of the street, she saw him and ran and pushed him out of the way of a car, only ending up getting hit by the car herself, and essentially dying, until the doctors bring her back to life.  She had to transfer schools because of the ghosts, and no one believes her, not her parents even.  She ends up going to see doctors, and taking all kinds of medicines.  Or at least pretending she does.

There is a new guy at school that doesn't seem to find Paige quite as weird, at least not that she can tell from brief interactions.  His name is Logan.  And he is always borrowing her pens, and even turns up in situation where Paige could really use some help.  And soon she finds out that he believes her.  He believes her because he can see the ghosts too. And not just ghosts, but demons.  And it turns out these demons have shown up to get Paige, she has the ability to open a door between here, New York City, and what they call The Dark World, and alternate dimension of NYC, and as it sounds, not such a great place.

I won't tell you anymore, there are all kinds of excitement, and moments of action that you need to read yourself.  There was one part that I was about to be really mad at Paige for.  You know that thing, when someone has to pretend not to know someone or say something to throw someone else, a bad guy usually, off the track?  You do, believe me.  But Paige was in the other room and heard Logan saying those types of things to a demon and his uncle, and at first she seemed to be upset and believe that he meant them. But, fortunately, probably because of what a great author Cara is, you could tell that Paige worked it out in her brain and understood why he was saying and doing what he was doing.  And I really liked that.  Because when it happens the way it normally does, I just get so irritated!

Now as I got close to the end, and what had seemed to be a main problem wasn't really as close to being solved as there was enough time to do it in, I knew that there was going to be a cliffhanger.  So now, I have to wait at least a year I'm guessing, and I don't know if I can!

A great new story from a great author, who I definitely count as a friend.  I hope you will pick up the book when it comes out in a month, and enjoy it as much as I did.


I also want to share what you'll see in some credits at the end of the book: